The property is a stylish boutique Melbourne hotel featuring 59 hotel accommodation rooms, a boardroom, Felt restaurant, plus the Back Bar & Billiards which pays tribute to the history of the building as Lindrum's Billiard Centre. The hotel is within walking distance to world-class theatres and restaurants, sporting venues such as the Melbourne Cricket Ground and Melbourne & Olympic Parks and major attractions such as Federation Square. All meeting room capacity limits are standard without social distance restrictions applied.

‍The building was commissioned by well-known Melbourne tea merchants, Griffiths Brothers and was used as their new store and sales room for teas, coffees and cocoas.The building’s design reflected the red brick Romanesque Revival style popular at the time in Flinders Street and Flinders Lane, with a façade of decorative render bands, an upper storey colonnade and giant arcade order with oriel elements.

‍1960's – Headquarters for The Herald

‍In the 1920's, the eastern most block of Flinders Street became the headquarters for the Herald. By the mid 1940's, the Griffiths was leased to Verona Press and became a printing headquarters.As the Herald empire expanded, the building was acquired in the mid 1960's by the Herald and Weekly Times who renamed it 'Gravure House'. The building was fully occupied by various Herald subsidiaries and publications including Colorgravure Publications, United Press and Home Beautiful.

‍The former Griffith's Bros building became a major focus of activity as a Melbourne billiard and snooker-playing establishment. Leased by Dolly Lindrum and her husband, Lindrum's Billiard Centre was partly named after her famous uncle, Walter Lindrum (1896-1960) but more so for a family that had produced four generations of billiard champions and snooker players.Lindrum’s Billiard Centre sadly came to a close in 1988, after News Ltd, the new owner of the Herald and Weekly Times, took back the building to accommodate the offices of the Australian publication.

‍With the relocation of the Herald and Weekly Times to new buildings in 1995, the building came up for sale and a greater potential use for the now historic building commenced.

‍Hotel Lindrum opened its doors on 12th July 1999. Hotel Lindrum brought to the city a new concept in Melbourne luxury hotels, being amongst the first boutique hotels to enter the market.

‍Hotel Lindrum has incorporated aspects of its heritage in present day operations. The billiard room features one of the original billiard tables from the buildings days as Lindrum's Billiard Centre. It has been lovingly restored to its former glory by Alcock, Thompson & Taylor, the company that originally built the table. Memorabilia of Walter Lindrum in his championship era adorn the walls of the billiard room. In memory of even earlier years, Griffiths items are displayed in the bar and guests receive a complimentary newspaper each morning.So when you are looking for Melbourne luxury hotels that have a unique history and fantastic location, then Hotel Lindrum is the one to choose. 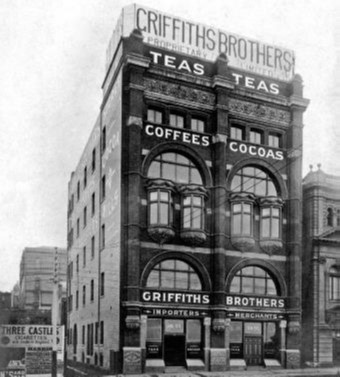